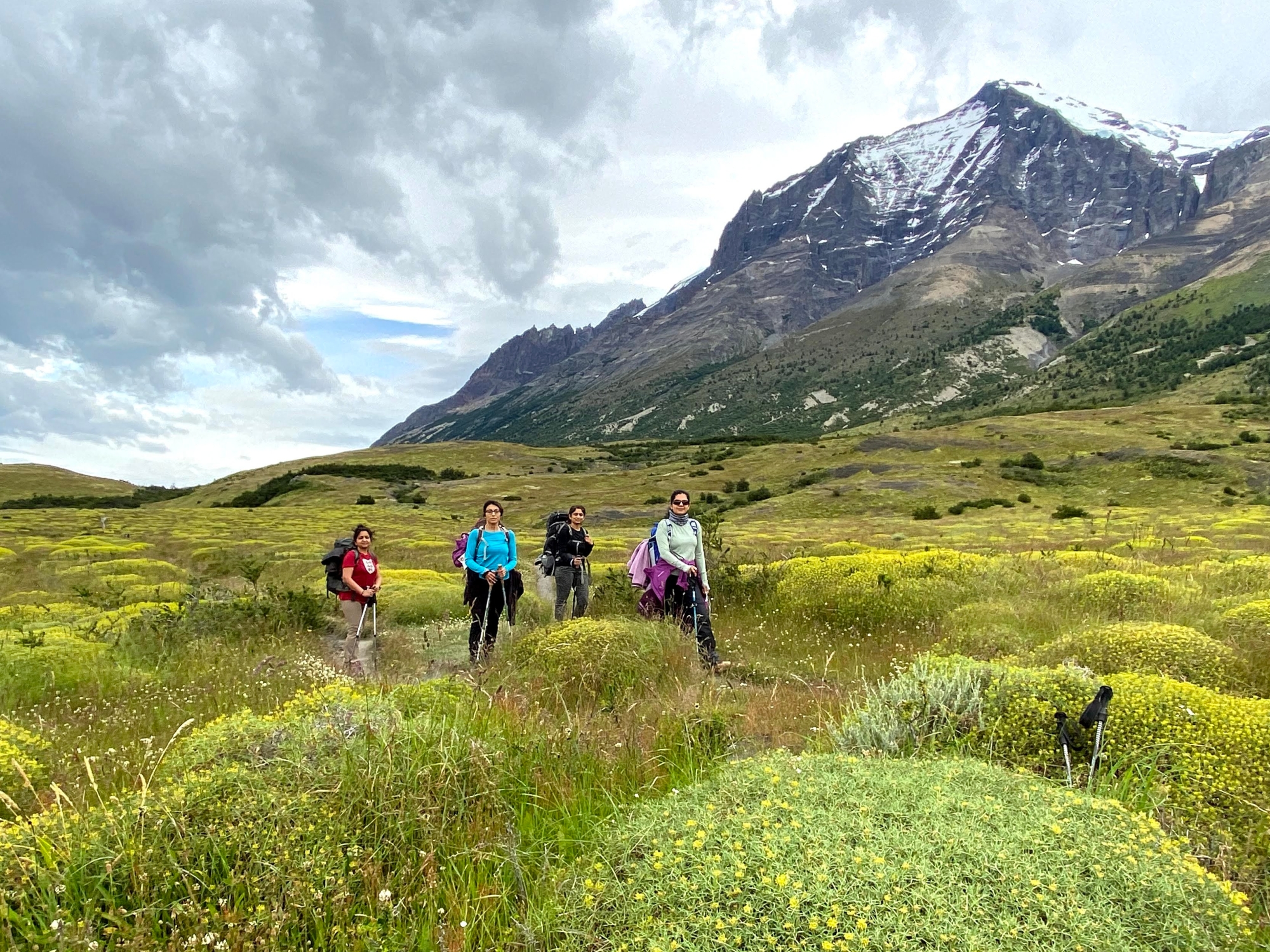 We had to make some decisions last night before we went to bed.

Reshma who just flew in was supposed to be hiking with us from now on, but she insisted that she would want to do the base of the towers trek and said she would go alone and join us at the next campsite if no one else is up for joining her. This means doing two demanding day-hikes totaling about 22 miles in one single day. Everyone was tired but we obviously would never let her split off the group to hike alone in unknown territory. Dharmesh and Tj decided to accompany her and Sandip decided to stay with the rest of us ladies to the next stop. We switched backpacks to help them lighten their loads. We all decided to meet up at the Frances Domes Campsite in the evening.

Three of them woke up early and left at 4 am. The rest of us decided to take it easy as it was supposed to be shorter trek with less steep terrain as compared to yesterday. The morning was beautiful and clear.  We had breakfast and sat outside the lodge to enjoy the views. We finally started walking around 9.30ish.

After crossing the bridge and getting out of the area in half an hour or so, we entered this beautiful meadow. It was vast terrain of breathtaking lush grassland blooming with wildflowers. This spot reminded me of Tuolomne Meadow of my beloved Yosemite National Park back home in California. Yesterday’s forest and the river also reminded me of Yosemite’s forests and the hiking trails along the Merced River. We took it easy and spent a lot of time walking through the meadows.

After a while, we crossed the meadow and climbed a ridge and witnessed this massive pristine glacial blue lake, Nordenskjold Lake. The lake remained on our left fo the rest of the hike. We couldn’t resist an urge to go to the shore when the trail got closer to the lake. Todays’ trail was relatively easy so we kept taking many breaks. We actually underestimated the length and it was past 3 pm when we thought we would make it to the campsite but we were nowhere close to it. We now started walking faster, in the next hour and a half or so we finally made it to the Frances Domes.

Our tonight’s accommodation was in campsites, we checked in and settled into our tents. We took a late (7 pm) dinner slot to allow the other three to make it. We showered and relaxed, and met up with the rest, they made it back by 6 in the evening! This was a moment of relief for all of us. The remaining four days would be together as a group. 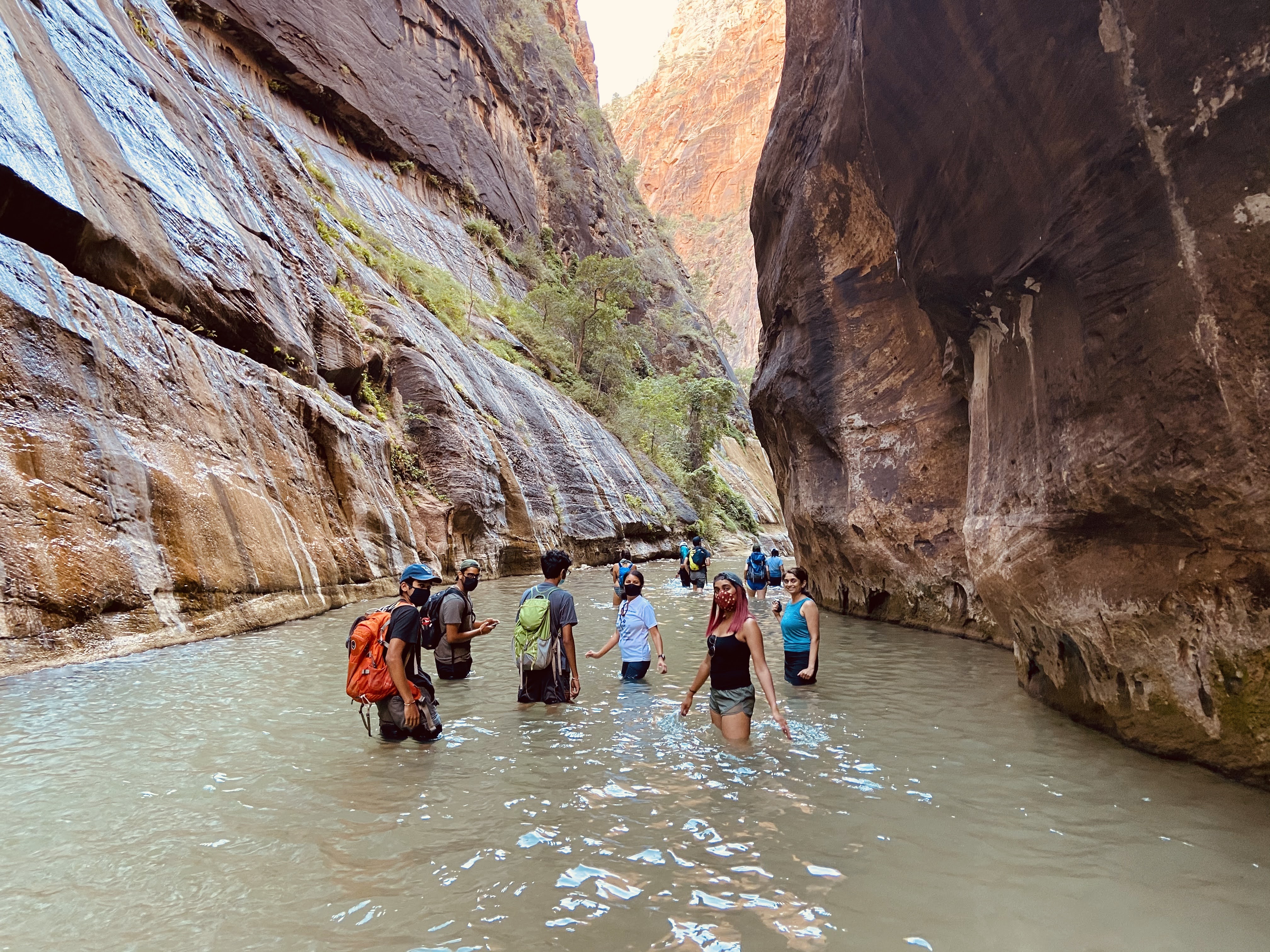 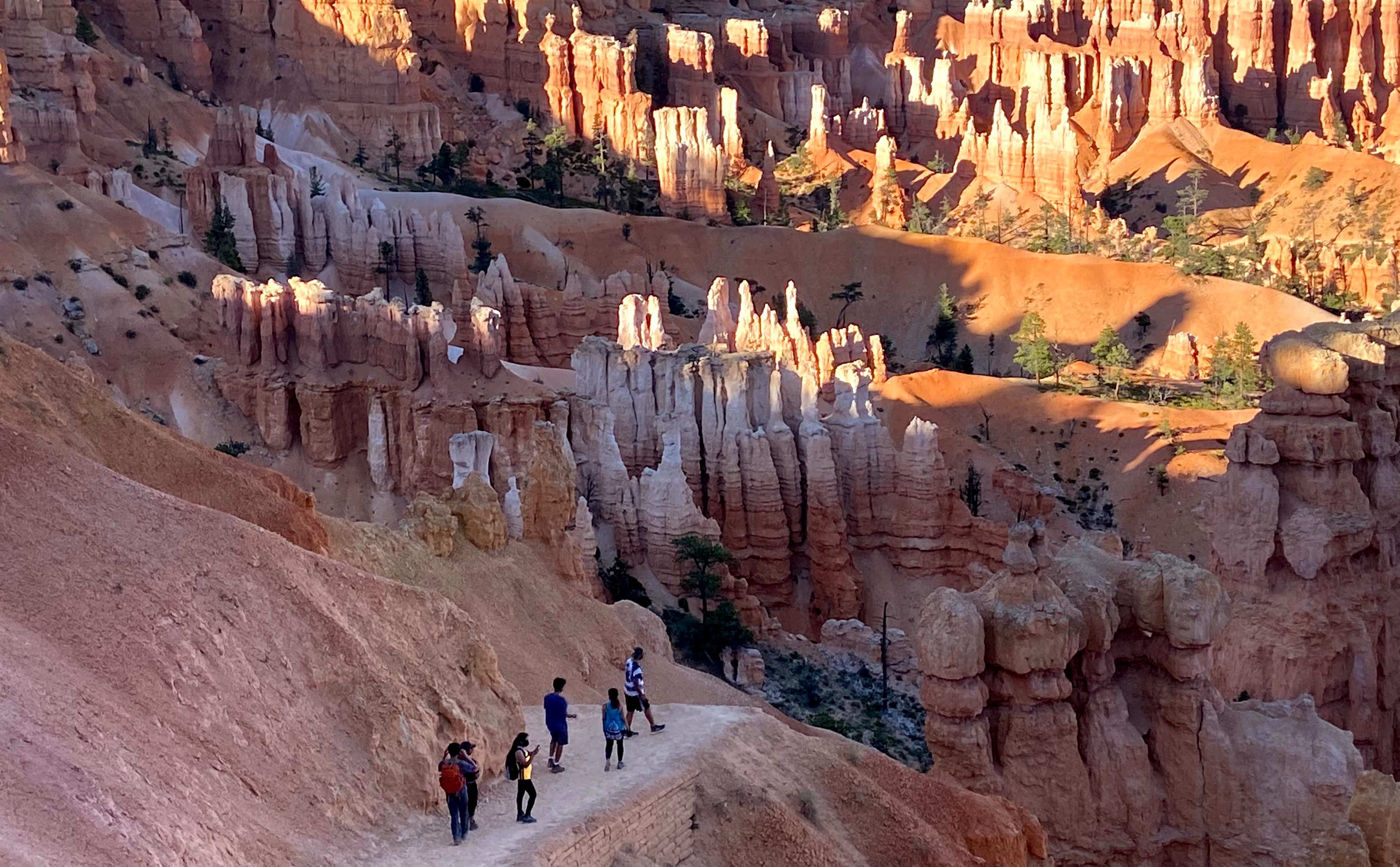 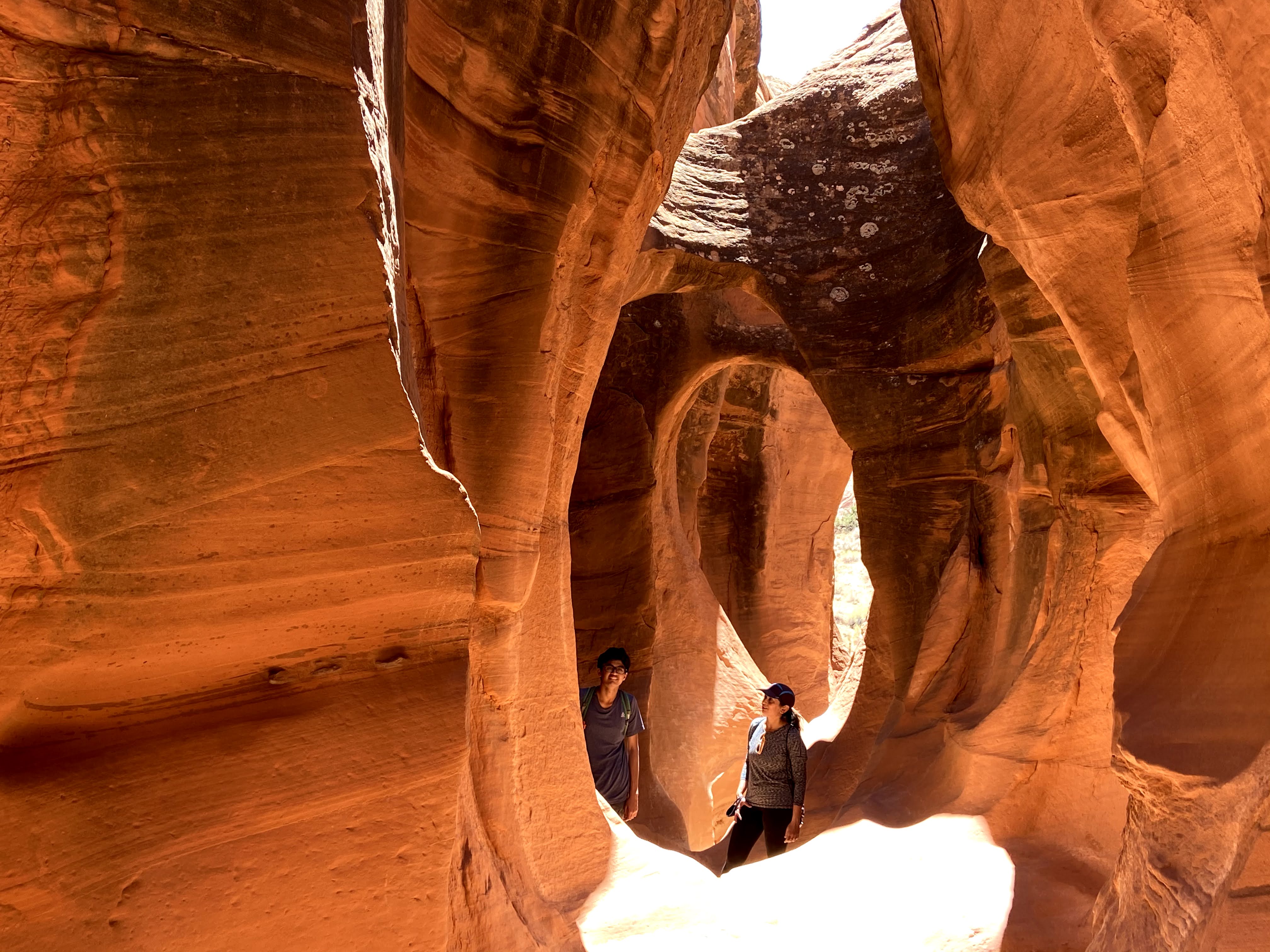 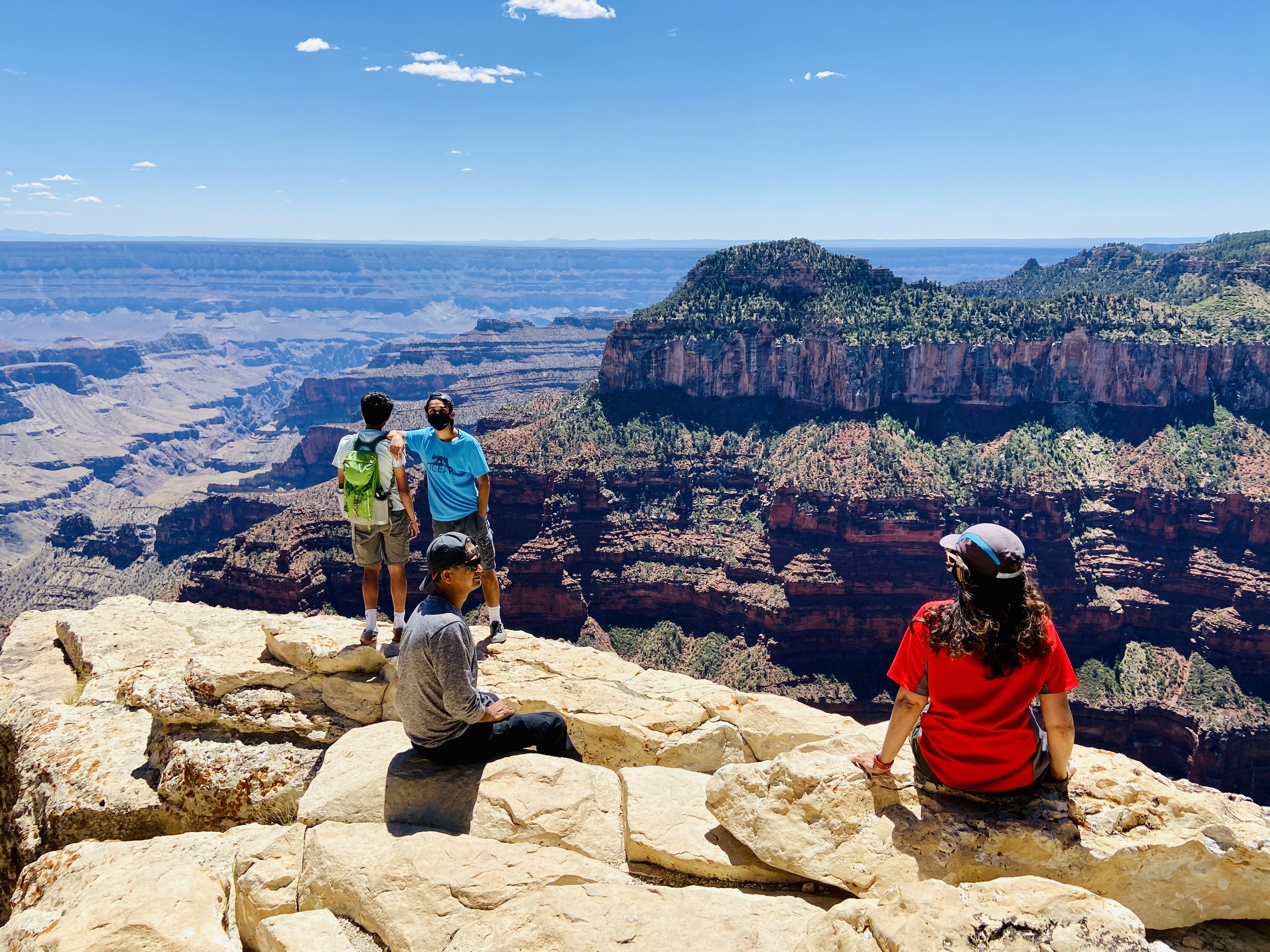 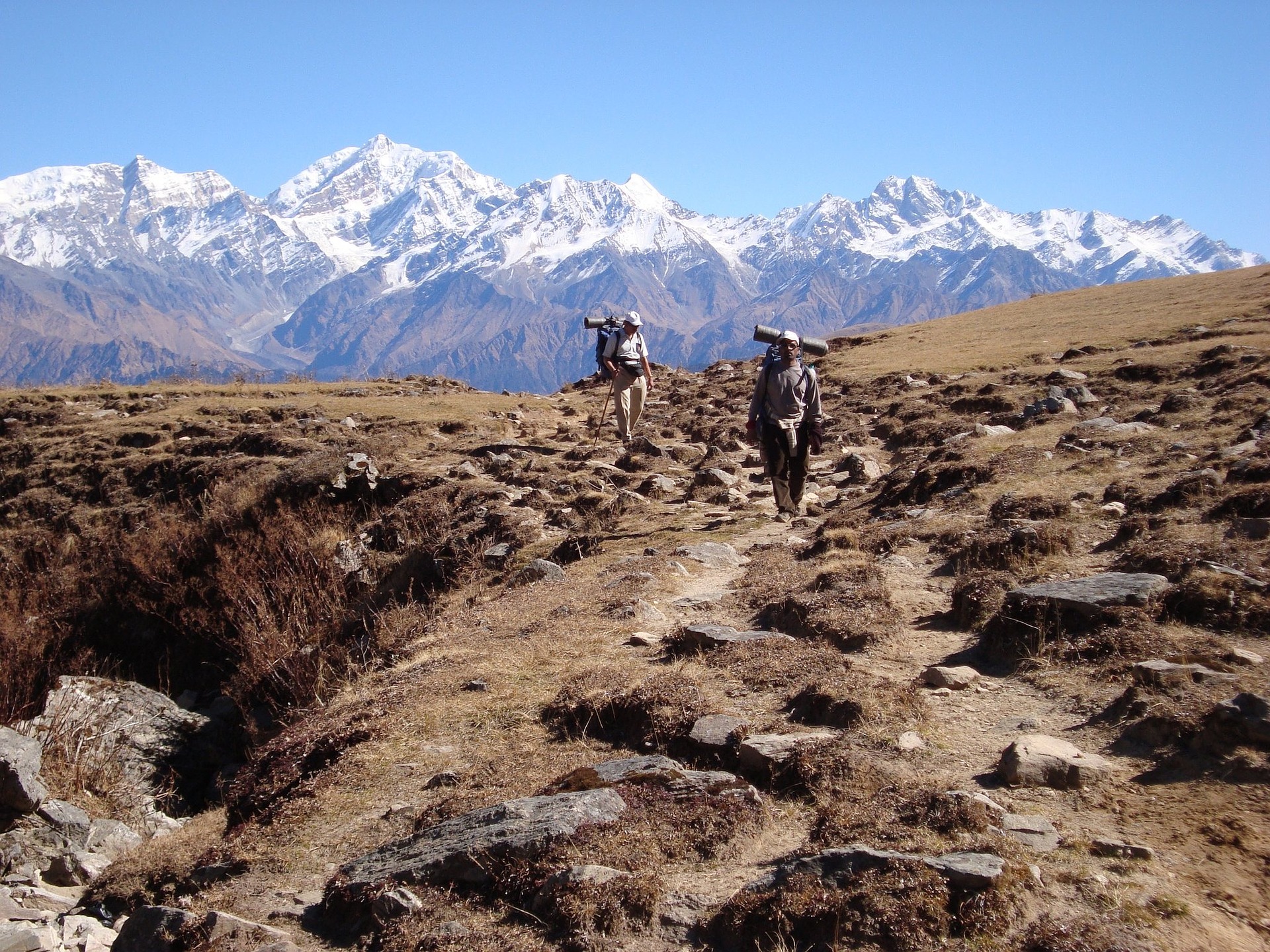