On December 8th, 2018, I wrote a social media post about Gokyo Valley located in the Nepalese Himalaya. This is how it read-

” The best left turn-
About two hours from Namche Bazaar in the Himalayas, there is trail junction, where most trekkers make a right turn- to get to the foot of the Everest. A few make a left turn, which takes you to the Gokyo Valley with turquoise lakes and a mountain called Gokyo Ri, hands down, the best accessible viewpoint, to be able to witness four of the world’s six highest peaks standing tall!
I plan on making this left turn in spring 2019, to travel off the beaten trek. Another Himalayan Adventure awaits. ”

Four months later, in early April, my dream of making that left turn became a reality. I planned a trip back to the Khumbu Region of the Himalaya, for a group of 15 of us.

Six of us, including my 14-year-old son, Anuj and I, headed off to Gokyo Ri.

Seven other friends wanted to check off their own bucket list of scaling the iconic trail to the Everest Base Camp.

My 17-year-old son, Arnav wanted to push his own limits to try his first technical peak climbing, along with my husband, two of them decided to challenge themselves to conquer Island Peak at 20,305 ft of elevation.

The plan was for all of us to start together, Gokyo group was to split up after Namche Bazaar on the fifth day on the trail, while the Island Peak group was scheduled to split off after Dingboche on the eighth day, according to this itinerary to the Everest Base Camp.

With full enthusiasm, we all landed at the Kathmandu Airport, in Nepal, where after finishing visa formalities, we were greeted by Nabin from the Extollo Adventures team, who took us to our hotel, Yatri Suites and Spa in the heart of Thamel. This small quaint property is located conveniently in the middle of Thamel, which is the city’s popular tourist-friendly district, buzzing with shops, eateries and pretty awesome nightlife. Kathmandu has other good hotels, but I personally like Yatri due to it’s well centered location.

After freshening up, we all gathered at the hotel’s conference room, for a briefing, an important session where we all received information about our upcoming journeys, maps, shirts, gears- sleeping bags, down jackets and duffle bags. The Extollo team also brought some Nepalese Rupees to help us with the currency exchange. Kathmandu Airport was to start a renovation, and all the flights to Lukla were being diverted to Ramechaap airport which was about a four-hour drive away from Kathmandu. Heavily jetlagged, we were dreading to wake up at 2am to start this drive. Luckily, team Extollo was able to arrange a private flight for 15 of us which would depart from nearby Kathmandu Airport, thank God we were able to get some sleep that night.

We had dinner at Daawat- Yatri’s Indian restaurant and parted for packing to prepare for early morning flight to Lukla to start our journey.

With eyes full of sweet dreams, we lay down at the hotel’s plush comfortable beds, for one last time before we would embark on a mission to crush our own goals, climb our own peaks and overcome our own physical and mental challenges……. 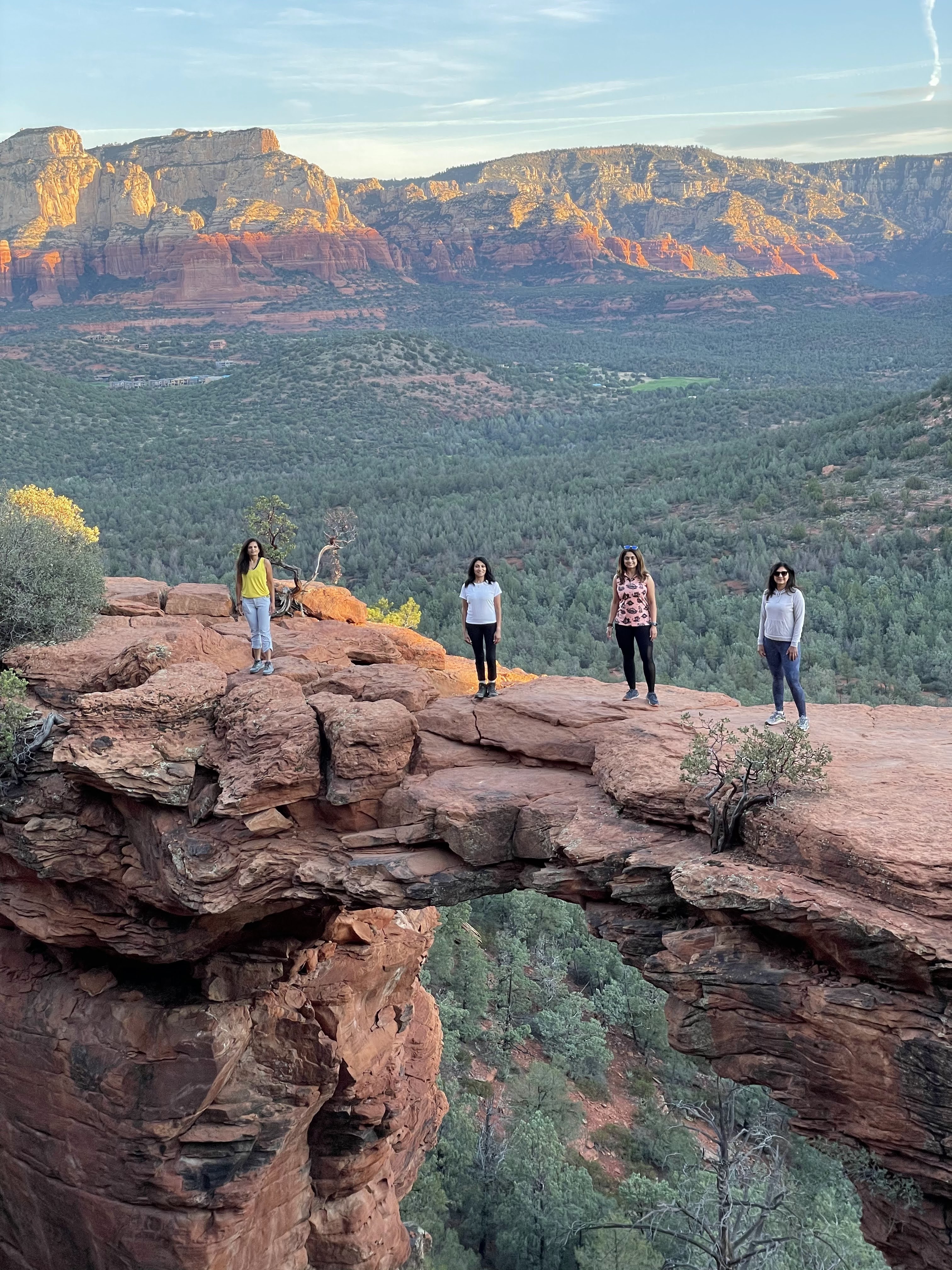 10/4/2021 3.9 miles with 525 ft elevation gain Surise hike to Devils Bridge was the best decision we made during our trip to Sedona. The popularity of this hike makes the bridge very crowded where you have to spend a lot of time to walk on the bridge to get your epic picture taken. We […]

Seven Sacred Pools via Soldier Pass and the Caves 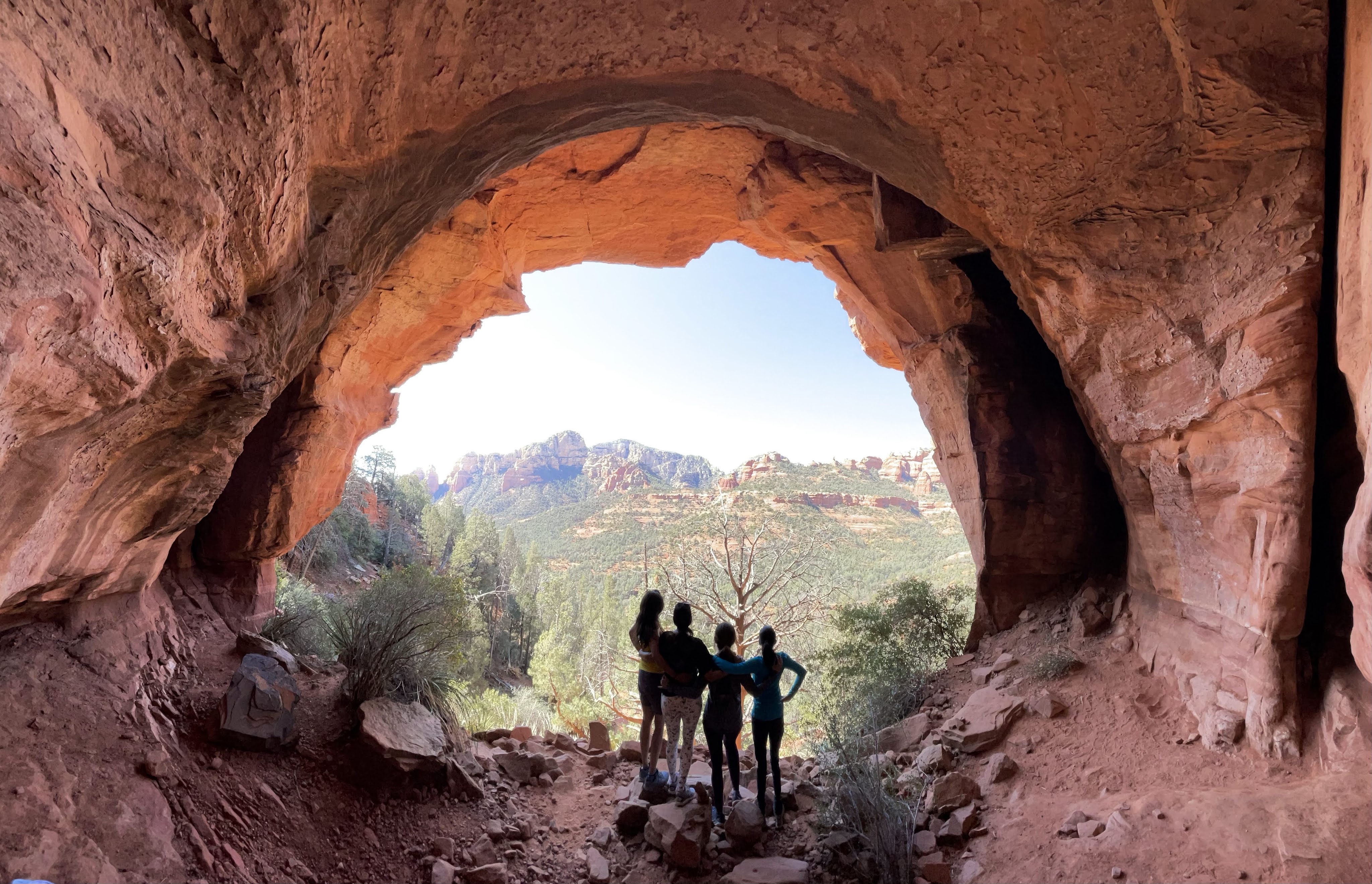 Sunset from the Cathedral Rock, Sedona

10/2/2021 1.2 miles with 750 ft elevation gain This was our first stop and the first hike of the trip. There is nothing more magical than to witness the red rocks at the golden hour. We figured climbing up the Cathedral Rock would be the best place to get those views and the hike did […] 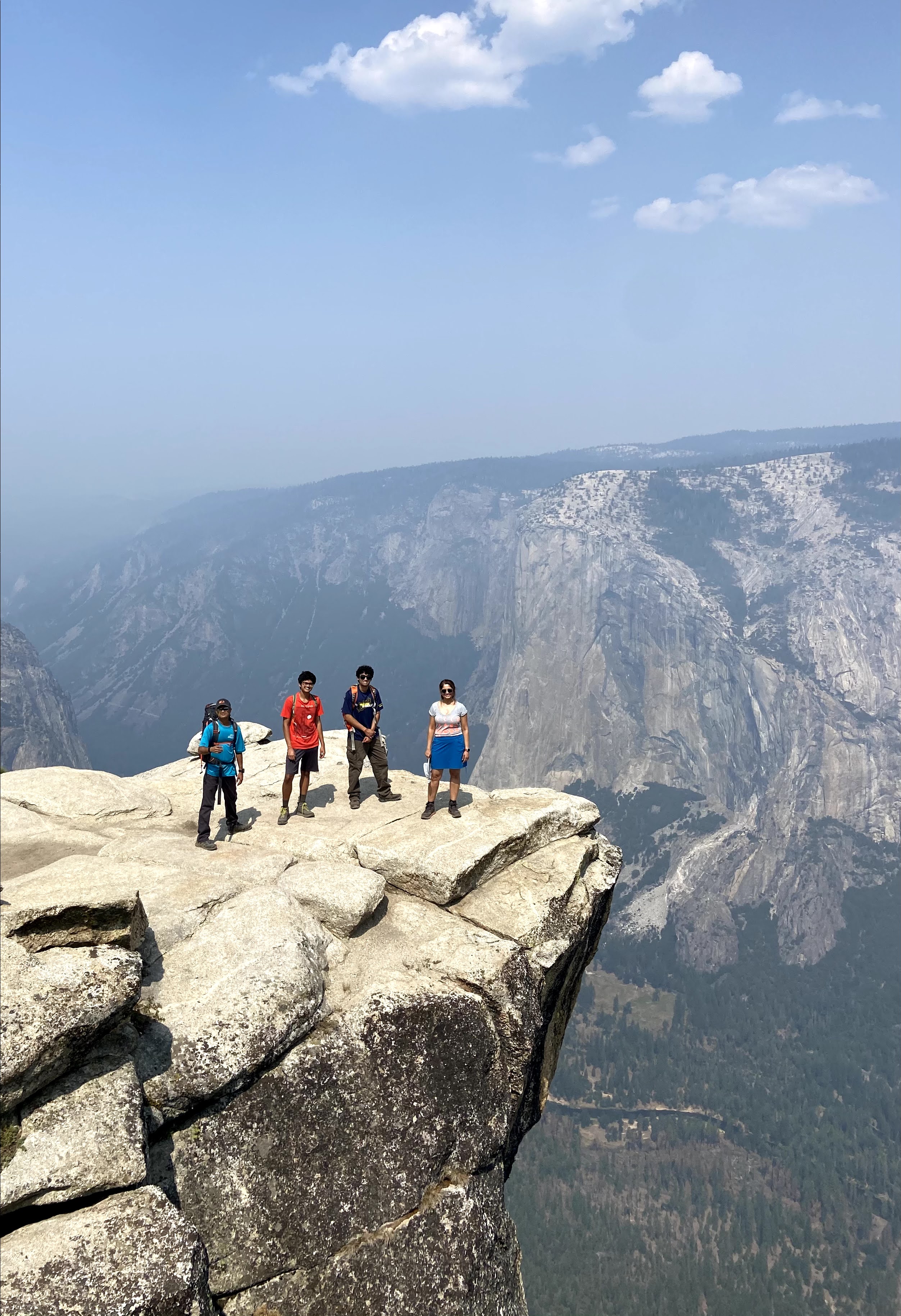 8/15/2021 ~7.5 miles Trailhead: Taft Point trailhead on Glacier Point Road Last Yosemite hike for the summer before kids would get busy with school. We have always hiked to Glacier Point via Four mile trail and never have driven there. Visiting the Taft Point and get iconic visor shot has always been in the unchecked […] 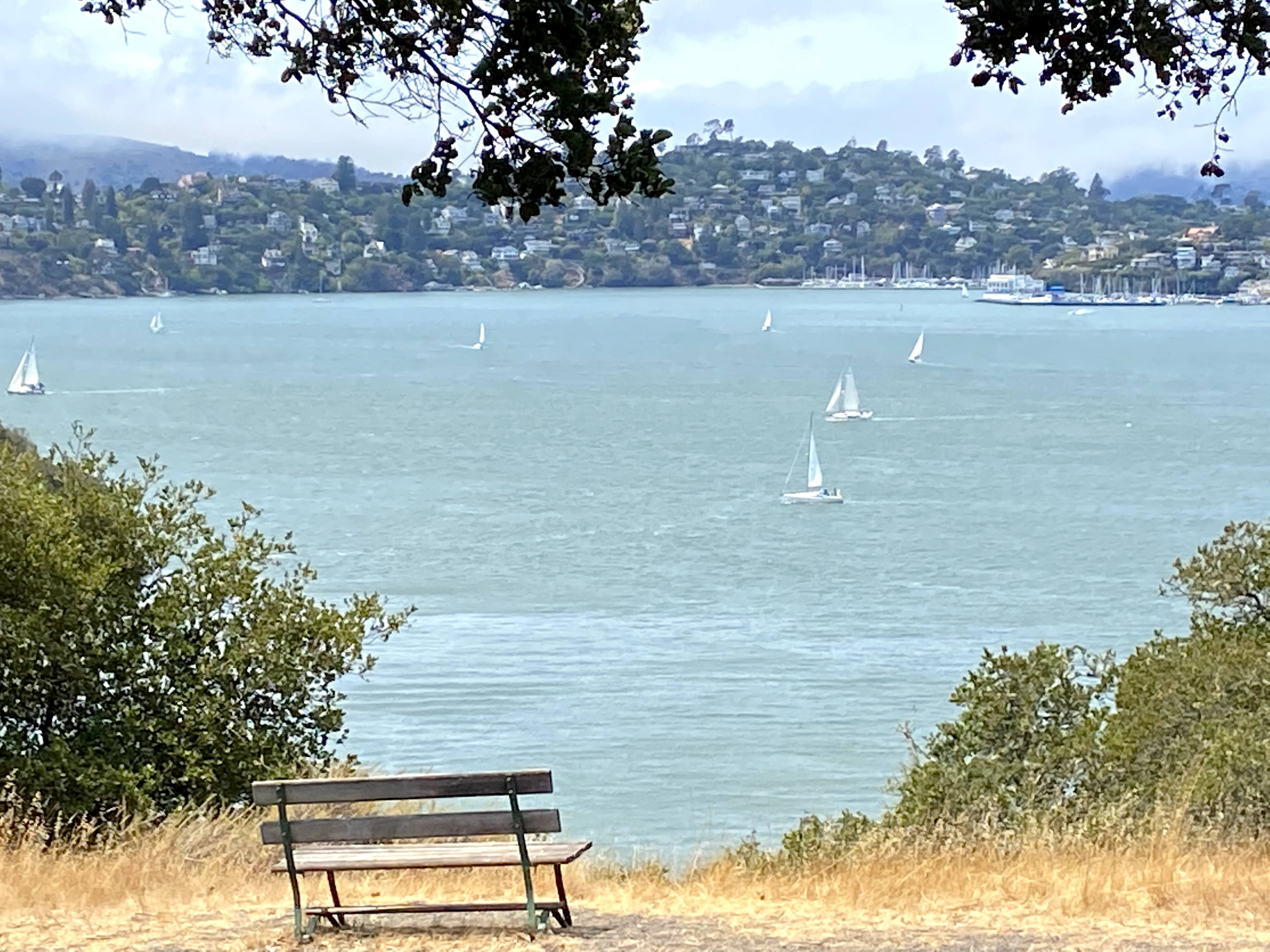 8/8/2021 North Ridge Trail to Mt Livermore and Sunset Trail Loop ~5 miles, moderate gradual incline The birthday weekend was spent hiking Mount Livermore at Angel Island State Park. This was our first time being there, we loved learning about the history and visiting the US immigration station. We took the ferry from Tiburon and […]