We had spent the night at Tengbouche, where our room in the “basement” was so cold that getting out of our sleeping bags at night to use the restrooms had been torture. Nevertheless, we had survived till morning, and Dawa knocked on our door with a wake-up tea. Dawa was spoiling us; we were wishing this “wake-up tea” custom could continue when we returned home to California!

We sipped our tea, washed, packed, and went in for breakfast, then went for a short walk outside the lodge. The monastery looked even quainter now in the morning, at sunrise, and we took some more photos.

“Zum zum, Vistare, vistare [Let’s go, slowly, slowly],” whispered Dawa. That was our cue that it was time to move on and start walking.

Dawa smiled. He was a twenty-year-old assistant trek leader, and a beautiful soul. When he had told us the day before that he would be turning twenty-one in only a week, Dharmesh had asked him what he wanted to achieve as an adult. He said he wanted to be a Lama and stay at the monastery at Phakding (the one we had visited on our day 2). Dawa, unlike any other twenty-year-old boy I had ever met, exhibited an amazing tranquility when he smiled.

As we started walking, we passed by many small villages, and we stopped at one for lunch. Anil and I tried Rara noodle soup, which tasted rather like a kind of soupy, spicy kind of Maggi/Ramen noodles. After lunch, we passed a town called Pheriche, which Mindu mentioned had a small clinic that provided climbers who needed it with basic treatment for altitude sickness.

After lunch, we trekked on, and the north face of Ama Dablam came into view. Then, as we passed by Lobuche River, we started descending, and then began another steep climb, to Dingbouche.

Once we had arrived in Dingbouche, we checked into another very basic lodge, with very small rooms and a fireplace fueled by yak dung. Eating dinner was now getting to be more of a “chore” than a pleasure. Our menu choices were no longer so interesting. The daal was becoming more watery, and the vegetable varieties fewer: mostly potatoes and carrots. Anil complained that even the noodles didn’t taste good now, and Dharmesh had already began eating less. We didn’t know why we were losing our appetites, whether it was the quality of the food or the altitude, but having dinner was definitely not as enjoyable as it had been.

To compensate, Dharmesh did his best to see that we all still had a wonderful dining “experience.” Every night, by the fireplace, he regaled us with such jokes and funny stories that, regardless of how we felt about eating, we would finish our day with laughter.

4 thoughts on “Everest Base Camp and Kala Patthar Trek, Day 06” 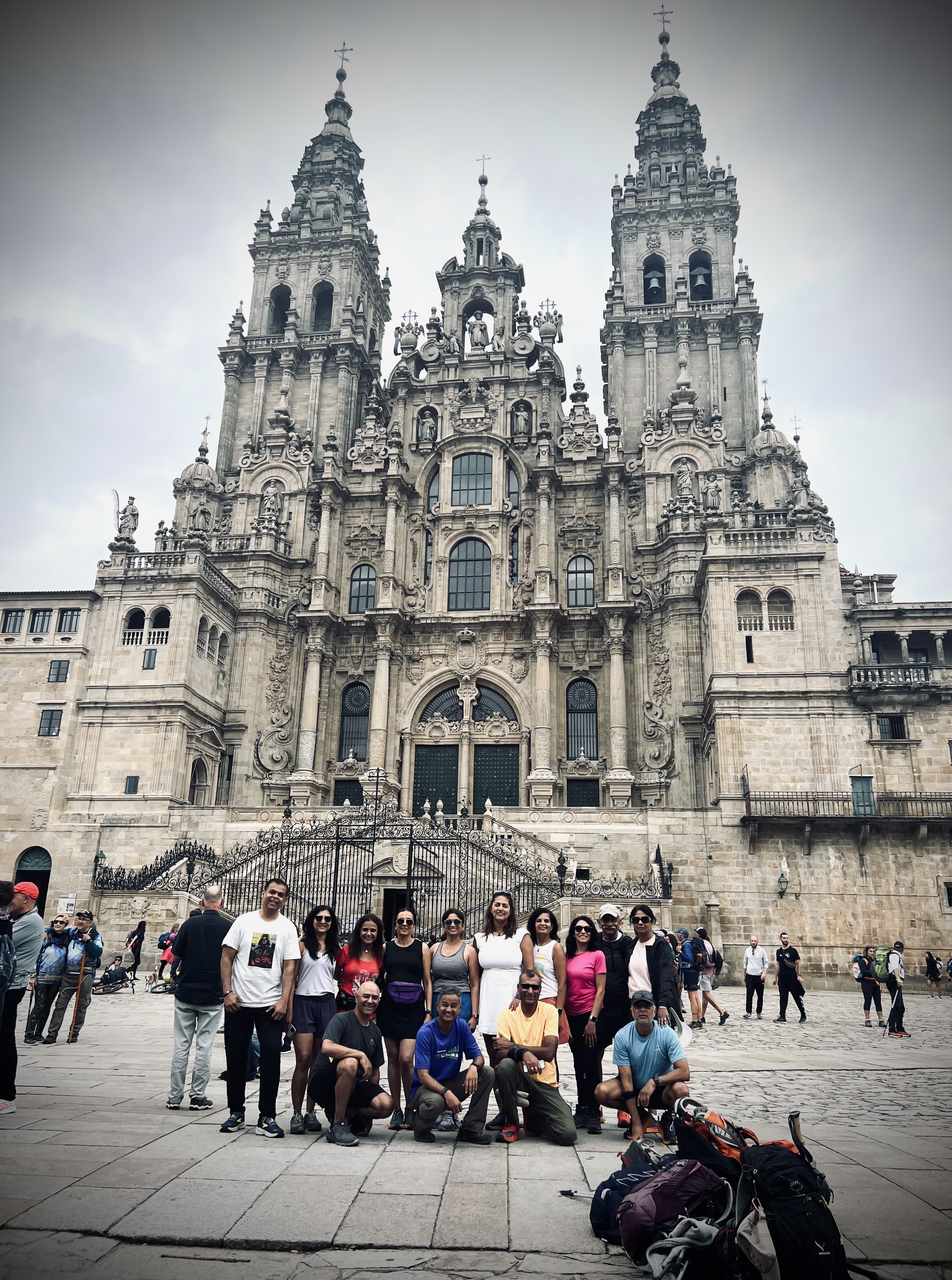 <- Day 2 9/28/2022 Walk: Pontevedra to Caldas de Reis Distance: 22km Today was day 3 of our 100-kilometer journey along the Camino de Santiago Portuguese Coastal Route, and what a day it was! We set out from Pontevedra early in the morning eager to see what the day would bring. The Camino took us […]

<- Day 1 9/27/2022 Walk: Arcade to Pontevedra Distance: 12 km Today, we set out from Arcade on the second leg of our 100-kilometer journey along the Camino de Santiago Portuguese Coastal Route. Our destination for the day was Pontevedra, and we were eager to see what this day would bring. Since it was a […] 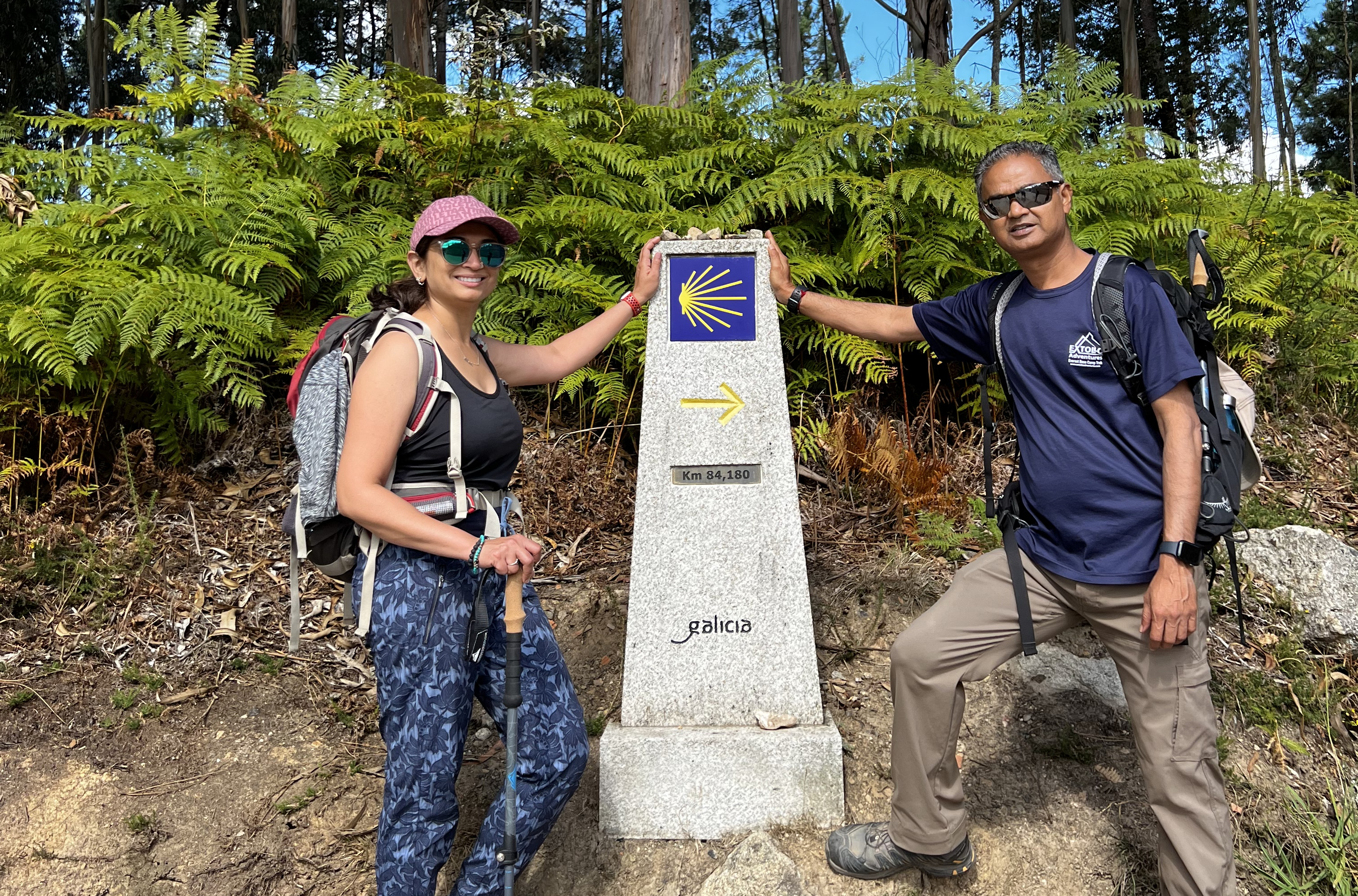 9/26/2022 Arrival in Vigo Accomodation:: Hotel Maroa, Vigo Yesterday we transferred to the starting point of our 100 kilometers journey! We were transferred to the coastal town of Vigo via private bus from Porto. We arrived at Vigo in the afternoon and checked in at a beautiful Hotel Moroa. Nest we were headed to check […]